PHRaSiNG aND
FREEDoM WiTH
BRuSHeS 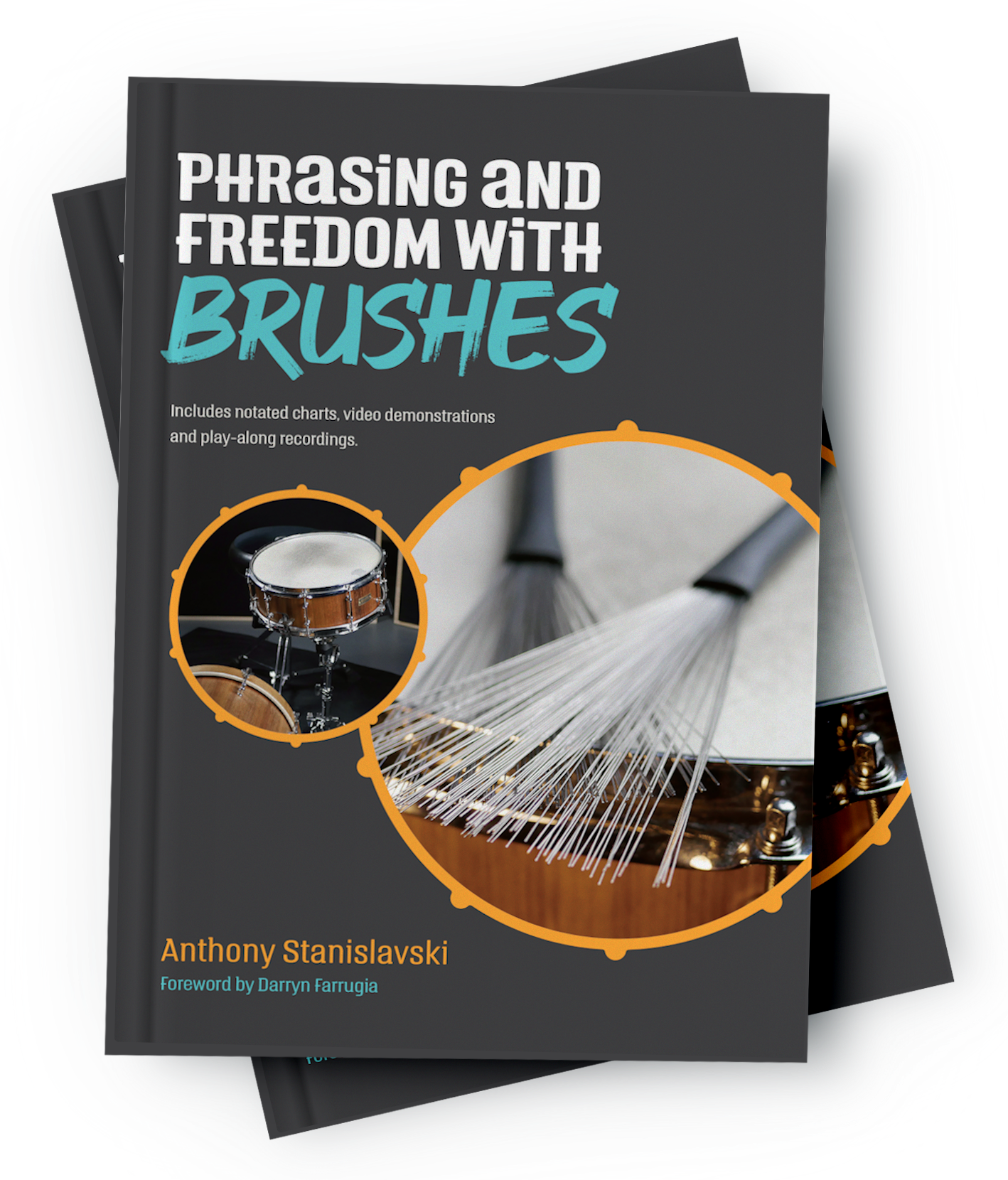 "Anthony has created a great system with this book, with which one can learn the brushes in a clearly understandable way. The supporting videos are well produced and allow it so that a clear comprehensibility is given to the student."

"Phrasing and Freedom with Brushes is one of the only drum books out there that can take you well beyond just the basics of brushes. All the material takes you from basic beginner exercises to direct musical application in his play-along recordings and composed pieces."

"I've gone through pretty much all the material out there and this is easily the most comprehensive, structured, and common-sense method available. It overcomes the inherent challenges of notating brush strokes by including videos from multiple angles of everything from the most basic strokes through full musical performances in a variety of styles. I can't recommend it enough." 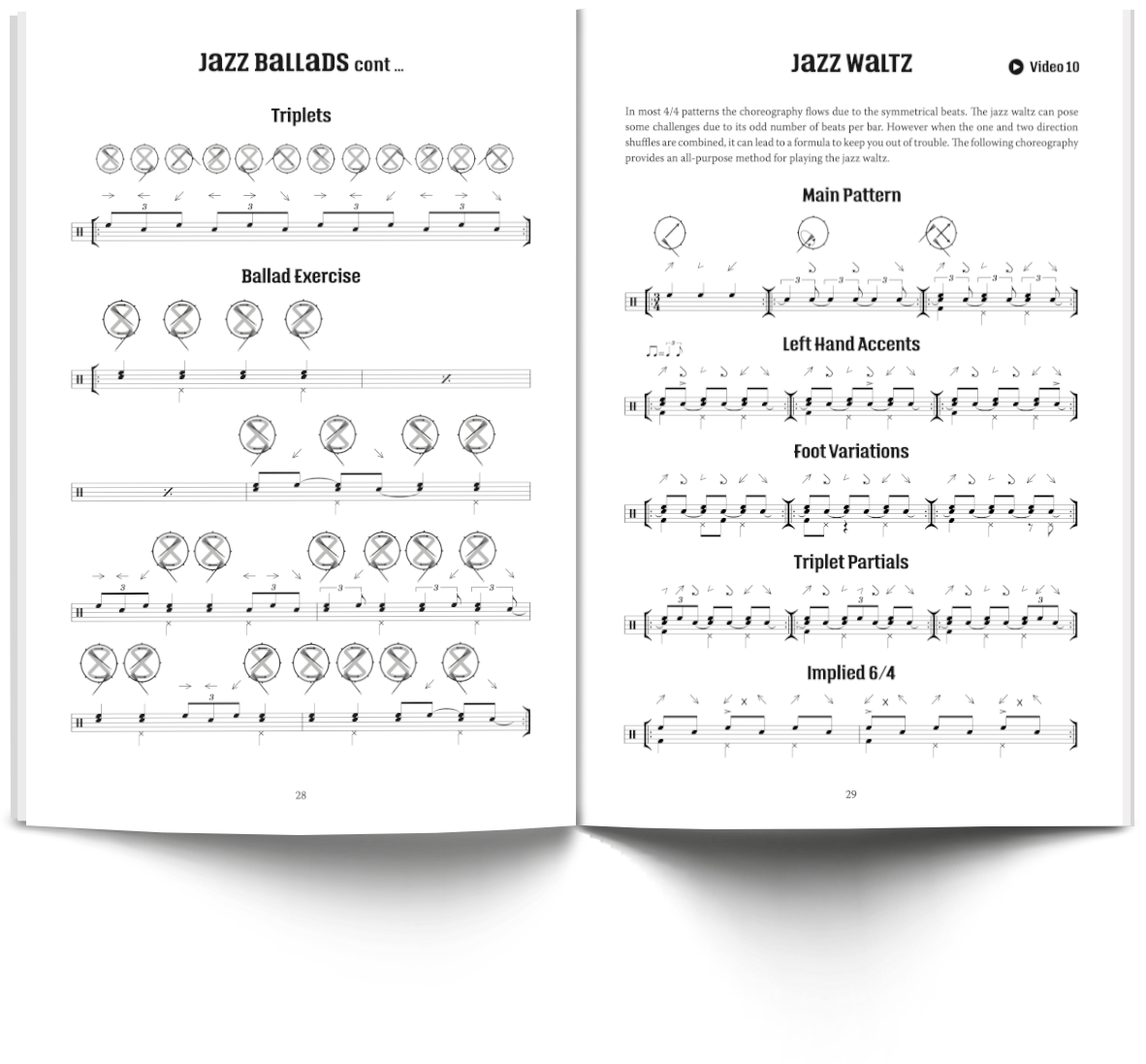 All material is complemented with multiple-angle video demonstrations. 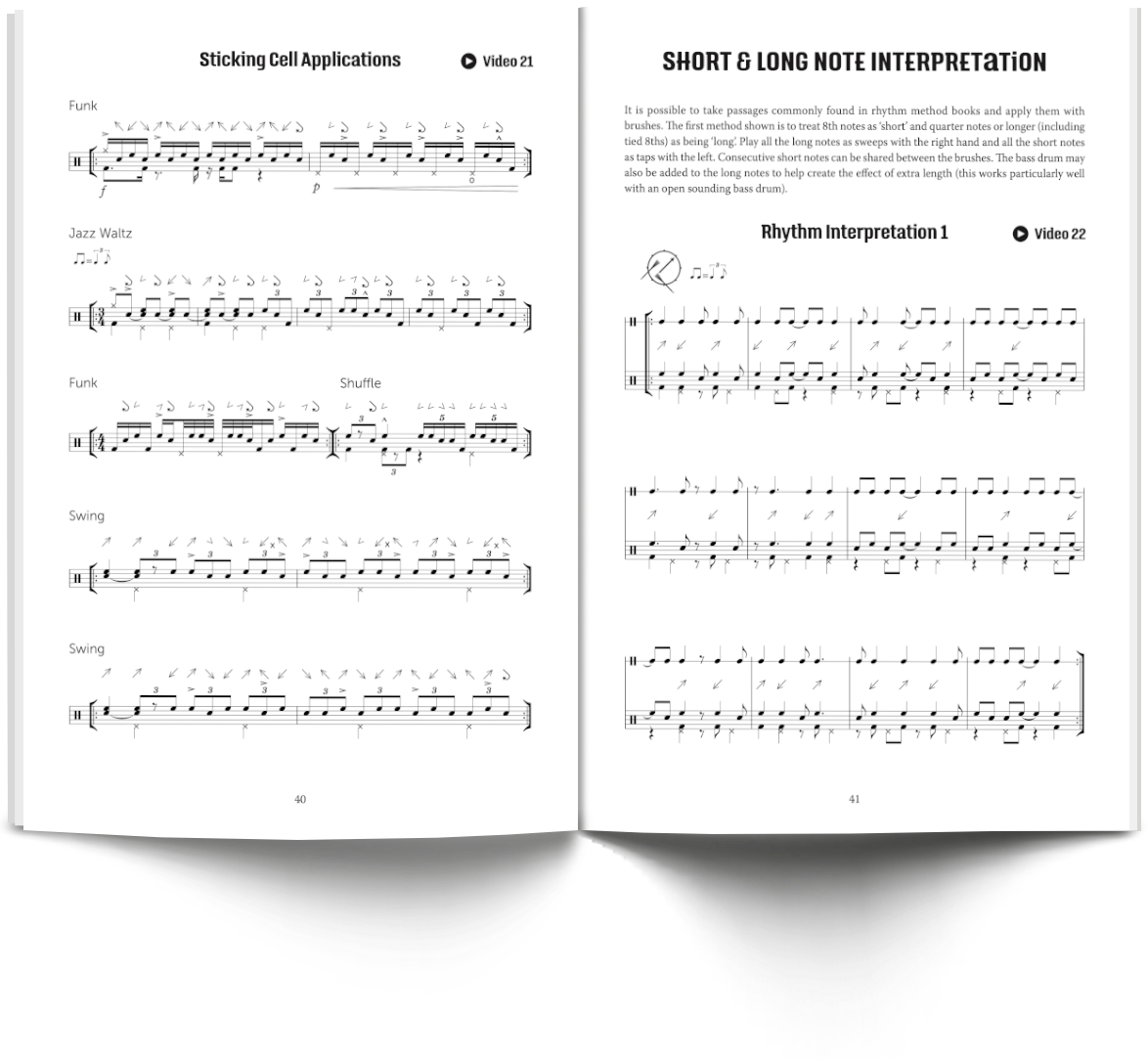 Anthony Stanislavski is a drummer, educator, and author from Melbourne, Australia. He prides himself on his ability to play many different styles of music and devotes himself to his craft by continuing to learn and develop as a musician. At the age of 18, Anthony joined the Australian Army Band as a percussionist and during his seven-year service he toured Australia and overseas, performing with Guy Sebastian and Marina Prior. He studied with some of Australia’s most prolific drum teachers including Simon Barker, Graham Morgan, Peter Blick, Dave Beck, and Ronny Ferella. He has a Bachelor of Music Performance from the Victorian College of the Arts.

As a performer, Anthony has performed at high-profile events including the ANZAC Day Clash at the MCG, the Australian Grand Prix, the Japan Self-Defence Forces Marching Festival, and the Royal Edinburgh Military Tattoo Melbourne. He performs regularly in rock, jazz, Irish and country bands. As an educator, Anthony teaches drum kit, percussion, and music theory at Caulfield Grammar School and Luther College.

Anthony’s first publication Beginner’s Guide to Big Band Drumming was released in 2019. It is a valuable tool for any teacher or student of big band drumming, removing the mystery of drum notation and interpretation in big band music. 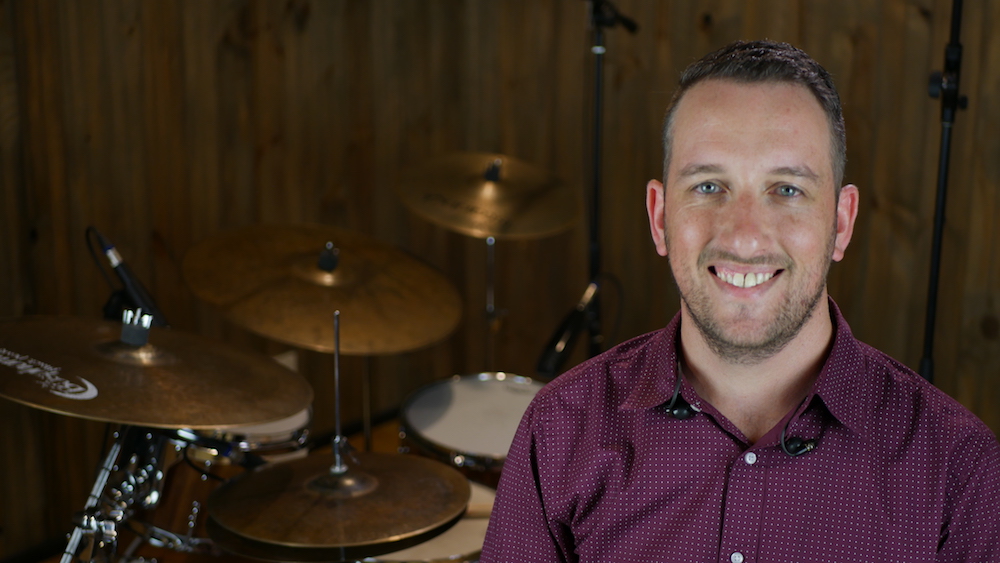 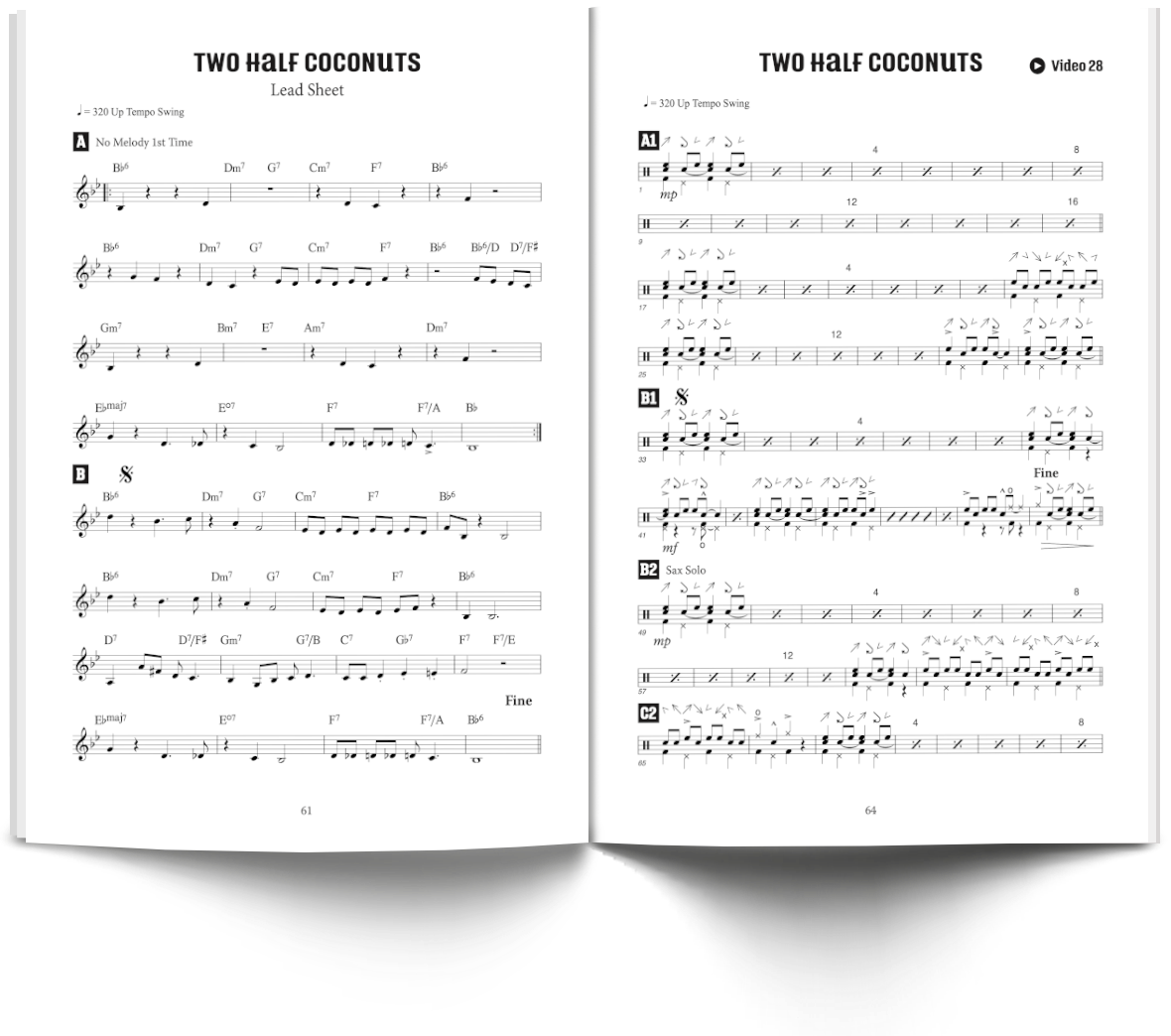 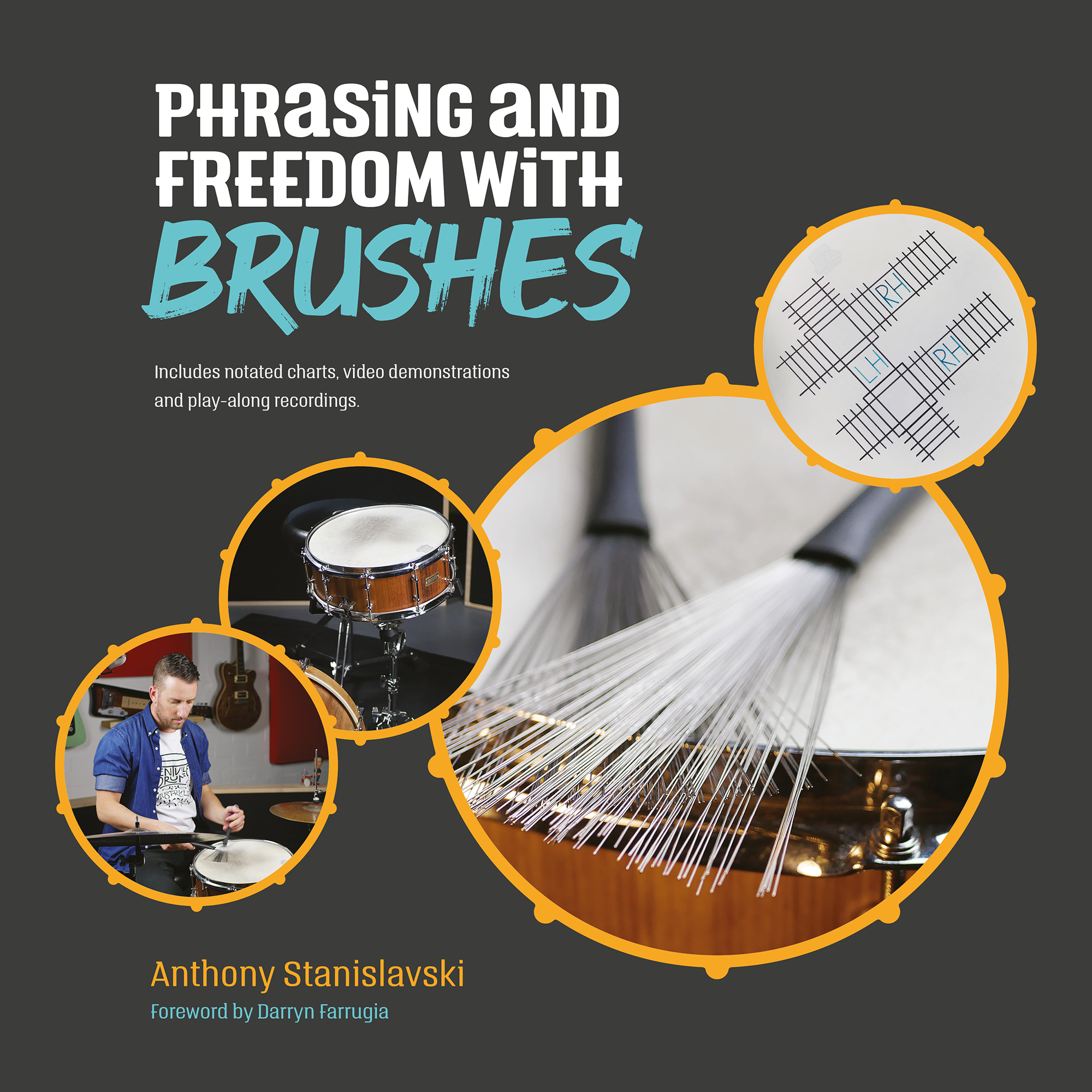 Already purchased the book? Follow the download link and enter your promo code to get all the videos and audio tracks.

Phrasing and Freedom with Brushes is like no other book available. Written by Melbourne drummer Anthony Stanislavski, the reader will gain a comprehensive set of skills that will free up their brush playing forever!

Never before has there been such a comprehensive resource available. This is a must for anyone wanting to take their brush playing to new heights! 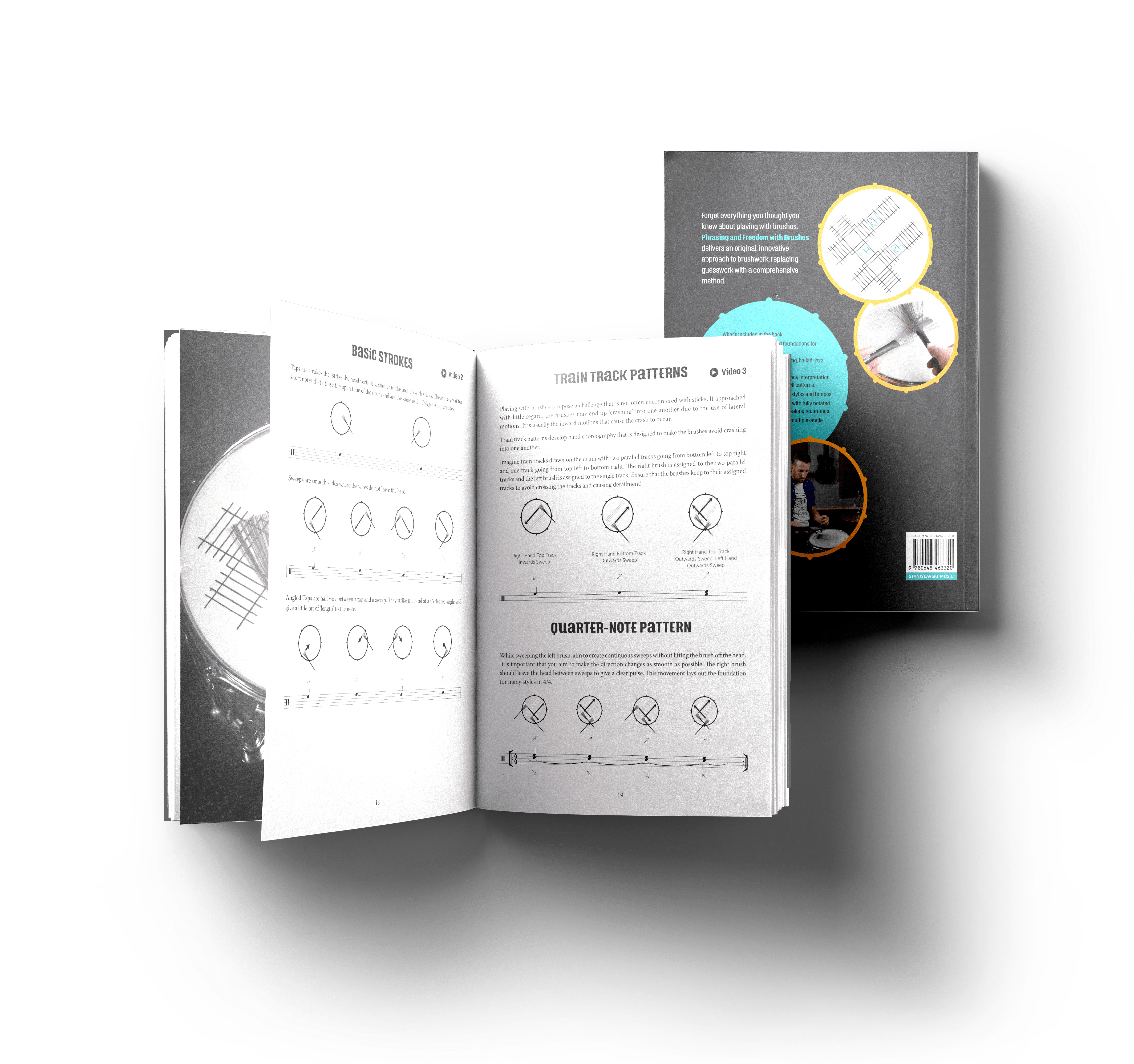